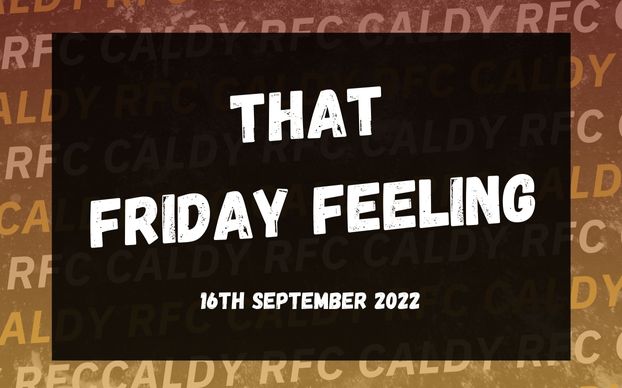 Caldy has played Richmond FC just the once before in a XV a side fixture. 10 years ago, on 5th May 2012.

The National 2 play-off was memorable for all who were there. A game which the Guardian newspaper called ‘the most stomach churning, nail biting of contests’ was eventually won by Richmond 20-13 but only after the most colossal struggle.

Richmond were on their ascent from the basement of English rugby. After the insolvency in 1999 and demotion from the pinnacle of the Premiership down to level 9 Hearts and Middlesex 1, this great club Richmond FC was on the cusp of being reunited in National One with the great clubs of England, Coventry, Blackheath, and Rosslyn Park. All they had to do was beat an unheralded club from Merseyside Caldy RFC.

The gulf between the clubs was striking. Richmond had been pipped for automatic promotion by National 2 South winners Old Albanians (in reality Saracens) and Caldy had somehow scrambled to second place in National 2 North, trailing winners Loughborough Students by a massive twenty-two points. There was no doubting which team was the underdog………’under puppy’ was probably a more accurate description.

The build-up was eventful. Full back Andrew Soutar (’Sooty’) was Caldy’s best player and his influence would be crucial. However, being the leader of the ‘Ultra’ LFC supporters had certain responsibilities and attending the FA Cup final (also on 5th of May) at Wembley where Liverpool were to play Chelsea was very definitely one of them.

The solution, a motorbike courier to take Sooty from the RAG straight after the play-off match to Wembley for the 5 p.m. cup final kick off. It was just possible, with a 2 p.m. start at the RAG and a fast motorbike Sooty might make it. No one figured in the unlikely possibility of extra time!

Richmond started the better and when after 20 minutes Caldy 2nd row Jack Collister was red carded for an inadvertent tip tackle and moments later giant tighthead prop Degsy Salisbury had to leave the field it was surely curtains for Caldy.

Caldy’s 14 players went deep. Somehow through dogged defence and nerveless kicking by Welsh wizard Gavin Roberts they hung in but with only moments to go to full time they trailed 13-6. Then the magic happened. A sublime back move put Caldy full back Sooty in under the posts 13-13 and extra time beckoned.

It went all the way to the wire, and it took a rampaging Kyle Sinclair to put Will Warden in for his second try in the final minutes to give Richmond the victory.

Oh, what a wonderful day for Richmond and for Caldy who had played their part. But disappointment for a fraught Andrew Soutar who travelled across London at illegal speed only to see his beloved LFC lose 2-1 to Chelsea.

Caldy’s Head Coach Matt Cairns has selected the following squad for the Championship game against Richmond, which kicks off at the Richmond Athletic Ground at 3 pm.