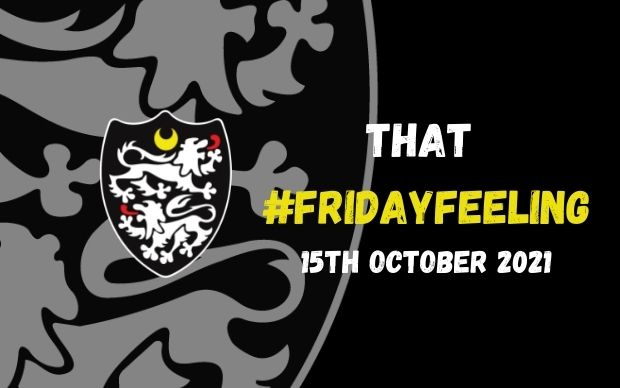 If the nuances of bonus points and home advantage are disregarded, arithmetically two wins and a draw from their first 5 games on their return to National One represents a 50% achievement by Caldy.

Whether at this stage Caldy’s National One glass is half full or half empty is up for discussion amongst the various interests within the club. There are differing views but most are determinedly upbeat.

Caldy’s Director of Rugby Gareth Davies and his coaching staff led by Head Coach Matt Cairns are very much in the glass half full camp. A significant number of pre-season and early season injuries to key players has stretched the squad but nevertheless it has remained competitive as Davies acknowledged.

“Stepping back up to National One would be hard in any season but this is also about a return to rugby after more than a whole season lost to the pandemic. We knew where the bar was likely to be in National One but it was always going to be difficult to judge where we were.”

Whatever plan Davies and his coaching team started the season with was always going to be upset by the swathe of injuries to key players. Seven normal starters out of action by game 2 would stretch any National One side. For Caldy it was an early test of the depth of the squad.

“The attitude and the application of the entire senior squad has been first class and this togetherness is our strength,” said Davis. “Over the past few seasons Andy Soutar and Chris Jones have done an amazing job in developing the readiness of our 2nd xv group. It has allowed us to better deal with these injury setbacks. We didn’t cope nearly as well with such injuries in our last season in National One”

Others at Caldy who are similarly upbeat about the club and its prospects are the ‘Last of the Summer Wine’. This venerable group of Caldy elders who maintain and augment the playing infrastructure are by nature an optimistic bunch. They have to be. With an average age of 76 there is little time for pessimism or negativity. They live for the moment.

They have seen it all, done it all, but forgotten most of it. The vicissitudes of National League rugby are of little moment to this exceptional group of men and women.

As their motto ‘That’s Close Enough !!’ suggests the LOTSW have exceptional standards. Acceptance into this fraternity is based on age, capability, and an appropriate curriculum vitae. One of their newest recruits is former Caldy team doctor Bill Dunne.

“We needed Bill in the group” said LOTSW poster girl April Evans. “None of us were confident enough to mow the very much enlarged Caldy Bank. It is dangerous work and Bill has the specialist skills to deal with both the slope and the potential for injury. None of the rest of us can even spell tourniquet, never mind apply one.”