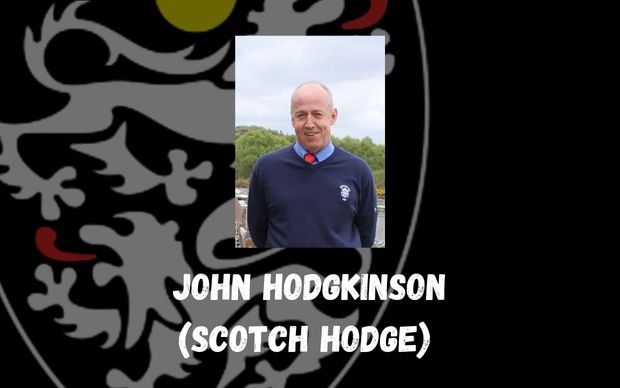 It is with deep regret that we have to inform you all of the passing of Johnny Hodgkinson after a brave fight against Cancer, he passed peacefully with his family around him.

John Grew up on the Wirral and went to school on HMS Conway, which was moored in the Menai Straights. He Played for the club in the 1970’s before he went away to Sea. He eventually settled in Glasgow where he married and had his family. He Joined Glasgow High Kelvinside Rugby Club (G.H.K.), where he became one of their top points scorers. After he retired, he continued to support them, and his Son also played for them.

He never forgot his connection to Caldy and came down to all the reunions until 2020, when he became ill.

He was also instrumental in bringing GHK down to the Sevens, which they won in 1988. The team, including his Son, always enjoyed their trips, and mixing the bagpipes with the Fijian team’s singing made the 1993 sevens a magical night.

John’s Son tragically died whilst playing for the Royal Marines, as no defibrillator was available. So, John Took it upon himself to raise funds to provide Scottish clubs with one. He generously donated one to Caldy as well.

John’s trips to the Wirral for the re unions usually included a bottle of whiskey for the players, which did not last very long!!

Our Condolences go out to his family, Dianne his wife, Daughter Lee, and his two sisters Lorna and Susanne.

We will inform members of his funeral, but I would assume it will be Glasgow.