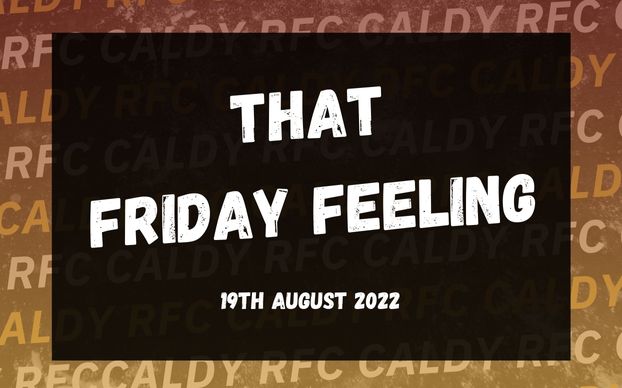 This evening Caldy play their first home warm-up game ahead of their debut in the Championship and it could not be a sterner test for the Ravers. Premiership club Sale Sharks are bringing their full squad to Paton Field this evening to take on the Wirral side in the first of the Shark’s warm-up fixtures with their subsequent two pre-season outings against Irish provincial side Connacht and Italian side Benneton.

Last week Caldy travelled to Ruthin to take on Welsh Premiership side RGC, and Director of Rugby Gareth and his coaches were able to assess the state of readiness of all the 45-man senior squad for this inaugural season in the Championship. Tonight’s encounter will certainly be a significant step up for the Ravers.

Caldy Chairman Gary Devaney and Director of Rugby Gareth Davies have themselves undertaken a period of intense preparation ahead of tonight’s game against Sale Sharks.

Gareth’s team eventually won through after a hook-up late on the second day with the tournament’s biggest Blue Shark caught by Jake Lyon on charter vessel Anglo Dawn.

Gary Devaney commented, “After a few days taking on blue sharks, I am very much looking forward to welcoming Sale Sharks to Paton Field tonight. It promises to be a real test for our team, but I am sure Gareth and his squad will benefit hugely from the experience, and I am sure the Wirral crowd will enjoy seeing a Premiership side taking on Caldy.”

The match kicks off at 6.30 pm this evening Friday 19th August with the gates being open from 5 pm.

To reduce pressure on the gate, spectators are encouraged to purchase tickets through the club’s website https://caldyrugbyclub.com/buy-tickets/.

The entrance is £5 per person with free entrance for Under 18s as long as the tickets are purchased through the club website.

Admission on the day at the gate (i.e. not purchased in advance through the website) is £5 a head regardless of age.