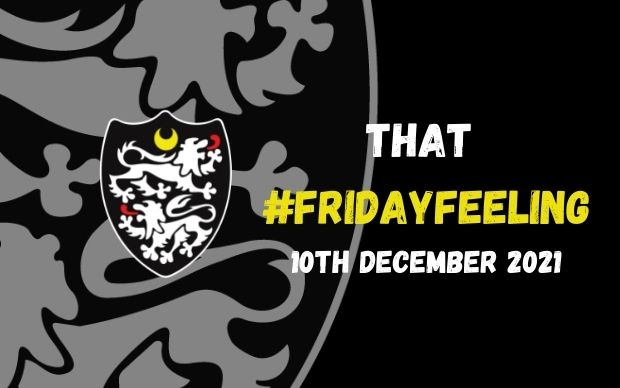 The Spirit of Rugby – Gary Devaney

I have always thought success at rugby is a combination of talent and skill, organisation and fitness with the third component being attitude or team spirit. It is difficult to get all 3 parts right but Saturday’s match sponsors certainly got the team spirit aspect bang on.

The Dream Team are sponsoring the game against the Rams and there will undoubtedly be a lot of very welcome laughter and noise in the clubhouse both before and after the game. The Dream Team started with a conversation in the clubhouse between a few veteran aged players who were still playing for the 1st and 2nd XV. “This is getting too hard “said one “so why don’t we start our own team to play friendlies” said another. And the Dream Team was started.

To begin with The Dream Team only played at home and a tradition was that each week a player was responsible for providing the half time oranges. It was a lot of responsibility – marinating them in brandy or port for 24 hours to ridicule from your wife at how seriously you were taking it. But enormous fun was had by everyone who enjoyed playing for the Dream Team. The craic in the changing room before and after was legendary but on the pitch everyone gave their all.

Off the pitch there were many, many funny moments. Each year there was a Player of the Season with the winner getting a dirty pint at the Black Tie event. One year at an Indian restaurant Roy Farebrother was told that Colin Shepherd had won the prize and asked if he could collect money from everyone and buy the dirtiest pint he could. Everyone was knowingly generous and Roy was standing there with a big smile on his face holding the pint when it was announced he was the winner. Or the time Mike Young received a trophy as a Lifetime Achievement Award – many years in the 1st XV certainly entitled him to it. The next year Mike was asked to bring it back up as they needed to award the same trophy to a new recipient as they hadn’t had time to buy a new one in time for the Dinner, but not to worry as it would be returned after the Dinner. To Mike’s shock instead of a new Award it was announced that numerous fly halves had objected to him getting the Award the previous year and he had to return it. Or the time on a boiling hot day everyone was weighed before they went out of the changing room and then weighed when they came back in. Most had lost 2 or 3 lbs but Kenny Roberts had lost half a stone. The surprise was that one player had put weight on. Or Dave Houghton who came 2nd every season as Player of the Year and never suspected it might be fixed.

Coarse rugby has never been more enjoyable and the team spirit element was excellent, although the first 2 components of a successful team had waned. There are 6 former 1st XV Captains among the sponsors today and well done to Ian Turnick for organising the event and who along with Max Thomas helped make coarse rugby so much fun. Thanks for sponsoring Saturday’s game and we are sure you will enjoy the day.

The other week our Junior Colts beat Chester in the League in an enthralling game. In wet and windy conditions on a muddy 2nd team pitch there was so much to admire about their performance. They clearly have some extremely talented and skillful players but it was the fact that all members of the squad played in the game and played an important part that stood out. Their organisation was excellent but the team spirit – the desire to play well for each other stood out. The coaches are to be commended for their passion in wanting the best for all their boys, not just a 1st XV, and it was reflected in the way the lads played for each other. At the end the joy of the players and coaches at having beaten Chester for the first time was a pleasure to see. All 3 components were evident but the team spirit made the difference between two good teams. Congratulations to all the coaches for creating the right ethos and spirit – which has taken years of coaching and doing things in the right way. And there was a link to The Dream Team as well as Simon Carney was a Dreamer and is now a coach.

On Sunday the Junior Colts are at Stockport in a top of the table clash. If you can get there to support them please do – they certainly deserve it and it is a joy to watch such a good team.

Last Sunday saw our Girls Under 15’s team record their first win. Against a more experienced Chester side they played really well and I am told that the pile up at the end of the game in celebration was something to behold. Well done to all the girls and to their coaches!

Our senior teams both recorded wins last Saturday. The 1st team set off from the Clubhouse at 7.30 am to make the long journey to Bishop Stortford. They didn’t arrive back on the Wirral till 11pm – and that was with a journey with no delays – so it was a very long day with a tough game of rugby thrown in. Well done and thanks to the officials and supporters who also make these long journey to support our team.

Usually in the leagues teams travelling long distances are defeated – stiffness and lack of mental stimulation combined with vociferous home support make it difficult. Not so for Caldy this season though. Undoubtedly the team have many talented and skillful players, they are extremely well organized and coached and are all fit and the team spirit is first class. Looking at the Player Profiles on Twitter so many players say for Likes – away coach trips.  Whether it is the ever amusing quiz run by Ben Jones, the creation of outlandish legends by the Magnificent JJ, the Court dealing out punishment and humour, the singing and now the guitar playing of our latest recruit Joe Murray, the journeys are never boring. Rather than being something feared away trips are looked forward to.

Creating an environment where people enjoy what they are doing and want to perform to the best of their ability and don’t want to let their team mates down takes very good leadership. Every Leadership book you read focuses on the need to create the right environment, to empower people, to make it fun and to celebrate successes as well as creating a desire to improve and get better individually and as a team. It is far easier said than done but good leaders in any activity take these elements seriously. Our senior management team of Gareth, Matt, Richard, Sooty, and CJ supported by others such as Gary Sanders and the senior playing leadership team have helped create this environment and long may it continue.

A great win on the road with another tough game this week. The Rams are riding high in the league in 6th place, just 2 points behind Caldy but with a game in hand, and it will be another difficult challenge. With players starting to return from injury at Caldy it shows the benefit of having a strong squad – as results have not been affected by the injuries to date – and who would be a selector now.

The 1st XV this weekend is