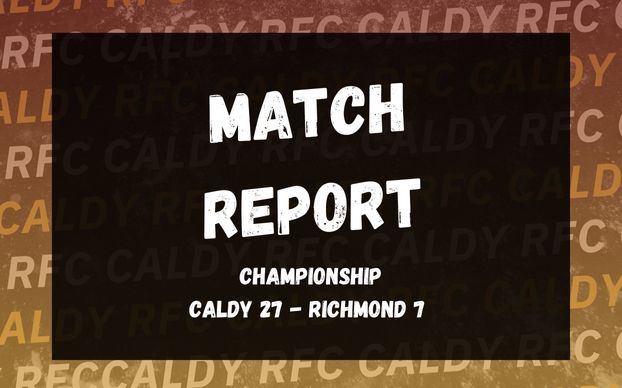 Any concerns from Caldy’s coaching staff regarding a collective hangover from last week’s shock win over league leaders Ealing were quickly dispelled in a thunderous first 40 minutes at Paton Field. The Ravers ruthlessly dismantled a lack lustre Richmond with a powerful performance of clinical and composed rugby.

Richmond President Chris Mills graciously acknowledged Caldy’s dominance in tough conditions. “We are both disappointed in the loss and in the manner of the loss. Caldy got their game plan absolutely spot on and overpowered us in a first half where we struggled to get any momentum and were unable to execute our own plans . The Ravers thoroughly deserved their win.”

Disregarding a dire weather forecast and squally conditions some 1,300 Caldy supporters braved the elements to cheer their team to a fourth win in their inaugural Championship campaign. They were rewarded with the home side’s best 40 minutes of the season. The relentless physicality of the Ravers’ pack of forwards supplied an early penalty opportunity converted by full back Elliott Gourlay.

Half backs Chris Pilgrim and Rhys Hayes kept Richmond firmly penned in their own half and with the Caldy forwards bossing the break down and the tight exchanges the pressure eventually told.

During the 10-minute period Richmond second row Jake Monson spent in the bin, Caldy crossed twice. Once from a driven lineout which gave hooker Ollie Hearn a score and then through the quicksilver Nick Royle who racked up his 8th league try after his fellow veteran Sam Dickinson had split the Richmond defence with a sublime pass. Despite a near gale force wind the excellent Gourlay was slotting the conversions and when Hearn crossed for his second try from another driven line out Gourlay stepped up to add another two points. 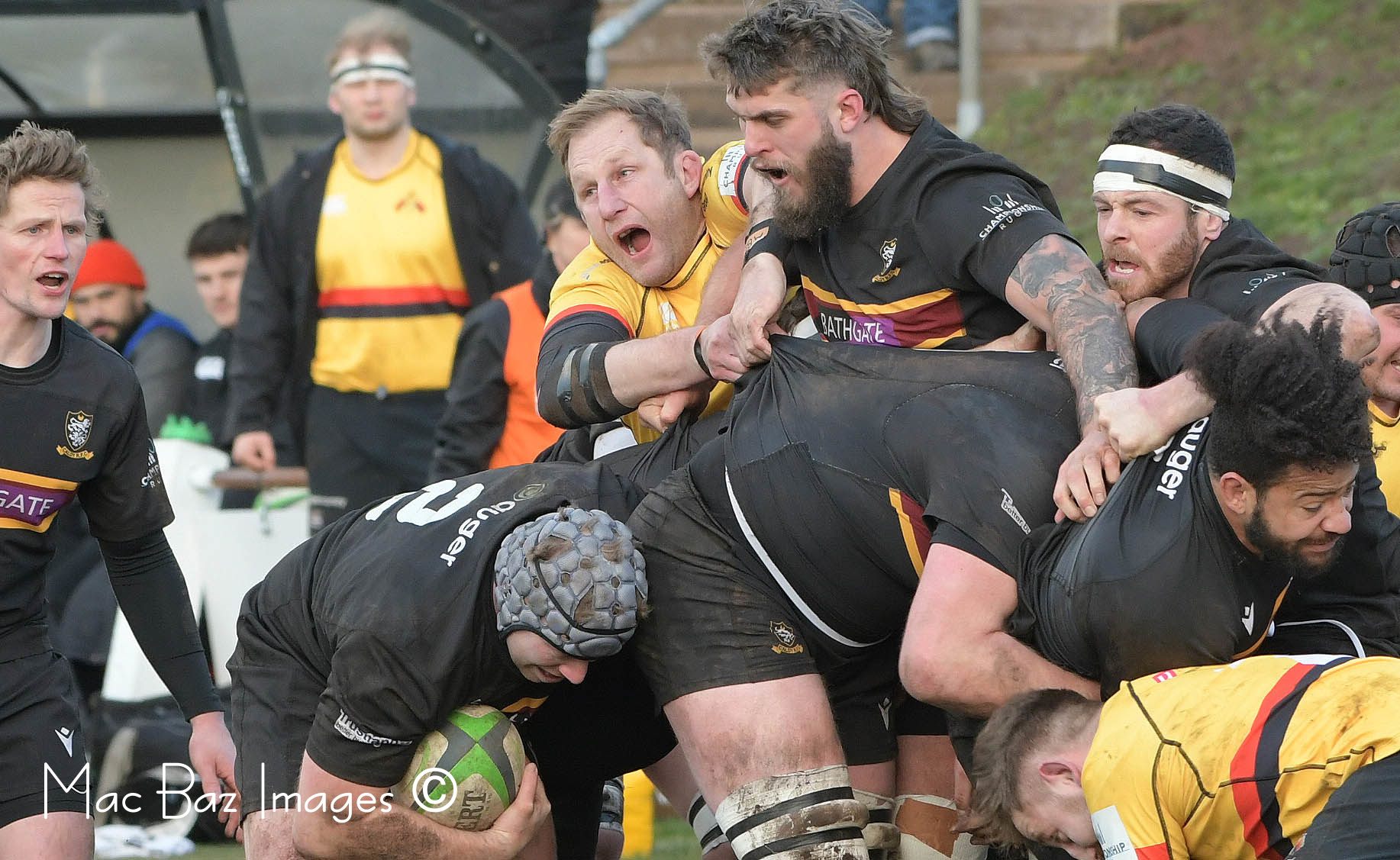 A 24-0 lead at the break didn’t flatter the home side and early in the second half they had opportunities to clinch the bonus point but only managed another penalty from Gourlay. Some old fashion rucking by scrum half Pilgrim was deemed dangerous by referee Michael Hudson and while Pilgrim was taking a ten minute sabbatical Richmond crossed to give themselves a consolation try.

Despite a last ten minutes of near continuous pressure Caldy narrowly failed to score their fourth bonus point try. Louis Beer went the closest from a switch move that took the powerful winger almost to the line. Beer’s almost immediate placement of the ball over the line was adjudged by referee Hudson to have been a double movement and the moment was lost. From the ensuing penalty line out a street wise Richmond kicked the ball in to touch to end the game and deny the Ravers a 4 try bonus point.

Caldy played with composure and assuredness which was underpinned by the excellent decision making by scrum half Chris Pilgrim and Man of the Match Rhys Hayes. Confidence and momentum are building.
Caldy’s normally taciturn Director of Rugby Gareth Davies was buoyed by the performance giving credit to the entire squad and coaching staff and Caldy’s home support. “Despite the weather Caldy supporters continue to turn out in good numbers. We have some crucial home games to come including Bedford on Saturday 28th January. Our home support is just massive for the players. We are starting to find our feet in the Championship and we are now concentrating on Friday night’s game at Nottingham”

Bob Cooke has confirmed that Friday night’s game against Nottingham which kicks off at 7.45 will be streamed live into the Paton Field clubhouse.