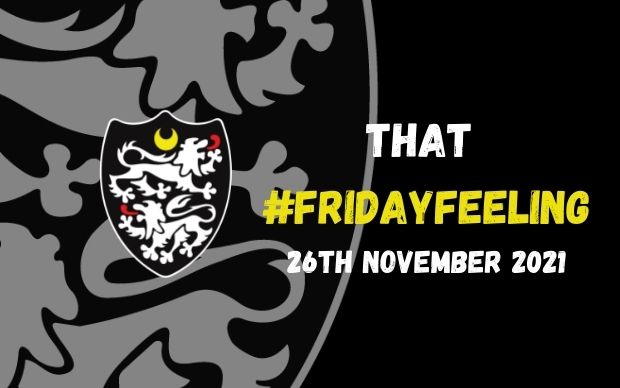 Most of us who are in our ‘golden years’ consider some aspects of modern digital technology and especially ‘social media’ to be a scourge which unnecessarily intrudes into our daily lives.

The constant parade of celebrities and wannabe celebrities across all forms of modern communication can be uncomfortable for those of us with thin lips and the odd wrinkle. However, it is the incessant torrent of unfathomable images from the banal to the visceral that really bewilder.

If you are aged over 50 a picture of a cooked breakfast (with or without black pudding) does not count as ‘News’ or a personal milestone to celebrate with the world, nor is it likely you are going to consider a video clip of a partially relieved farm hand being pursued across a field by an obviously amorous donkey to be a worthy substitute for an episode of Countryfile.

But for senior members of Caldy’s rugby family ‘WhatsApp’ is one social medium that is whole heartedly embraced by all.

I don’t think anyone really knows exactly how old Ken Roberts is. He could reasonably be considered to be somewhere between the ages of 60 and 80 and although his mobile phone struggles to type a number of consonants and the odd vowel he is an avid WhatsApper.

Every Saturday, if he isn’t able to attend a game, WhatsApp keeps our Kenny in touch with what is happening to his beloved Caldy. Last Saturday must have been WhatsApp nirvana for Kenny. With the aid of WhatsApp, he followed the progress of the 1st XV’s journey from Paton Field to Taunton and then the twists and turns of Caldy’s tight 36-31 victory over the Titans.

If Kenny’s WhatsApp reaction to the first 1xv victory was joyous, his message after reading about the 2nd XV’s 28thconsecutive victory in the Cotton Traders Premier League was euphoric.

Under the direction of the brilliant coaching duo of Andrew Soutar and Christian Jones, Caldy’s 2nd XV away victory over Fylde Hawks was the longest winning run in the club’s history. Caldy’s 2nd XV last tasted defeat on 13th April 2019.

Head Coach Matt Cairns has selected the following squad for the home match against Rosslyn Park at Paton Field with a 2 pm kick off time:

Caldy’s record breaking 2nd XV are also in action at home in the Cotton Traders Premier League in a clash against 4thplaced Sandbach. Let’s hope they can add to their amazing winning run.