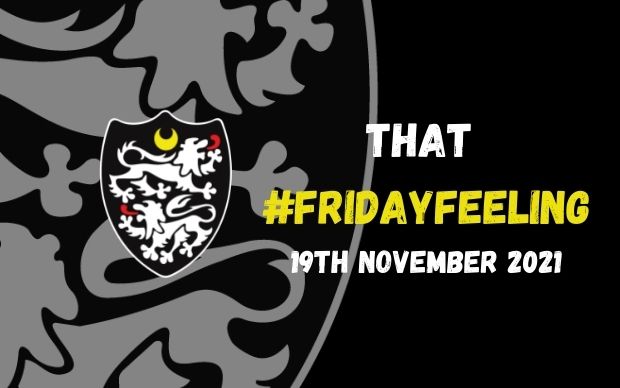 We all change as we get a little older, mostly for the better. We become more generous of spirit, more understanding, and generally less tribal. This is a good thing because it enables us to embrace more easily those who in our younger years we may have fervently believed were dark and malevolent enemies of our ‘tribe’ who should be kept from our ‘camp’ at all costs.

Fortunately, over the years most of us (with a few exceptions!) soften our approach and when we eventually engage with these ‘enemies’ we often find that they are passionate good people just like we think we are.

Most team sports are tribal by nature, that is the fun of it. Rugby is certainly tribal and when you have 10 rugby clubs within an area of 60 square miles, which is the situation on the Wirral, it is just about as tribal as it gets.

Over the last two weeks the fixture schedules have enabled rugby supporters on the Wirral to watch and enjoy some terrific rugby at clubs other than their own. On the 6th of November many Caldy players, coaching staff and supporters went to the Eastham Pavilion to watch a thunderous but hugely entertaining game of cup rugby between Anselmians and Birkenhead Park.

After weathering significant early pressure Anselmians eventually won through against the higher rated Birkenhead Park side. It was a joyous moment for the home side and their supporters but as befits such a venerable and famous club, Birkenhead Park were magnanimous in defeat.

Last Saturday with no 1st xv game for either side supporters from both Anselmians and Birkenhead Park had the opportunity to visit Caldy for the match against Leeds Tykes. A fast and furious high scoring game of National 1 rugby provided great entertainment for everyone, and afterwards over a pint or two there was the opportunity to talk about historic rivalries, shared experiences, and local rugby memories.

Listening to the recollection of a Birkenhead Park icon describing how some years previously his personal intervention had avoided a miscarriage of justice by the RFU disciplinary panel against Caldy speedster Nick Royle was both riveting and compelling. This particular rugby incident involved several interesting but contrasting characters and subsequently generated much personal drama and controversy.

The insight was especially relevant as earlier in the afternoon Nick Royle had just pulled the game out of the bag for Caldy with his two superbly taken late tries against Leeds Tykes.

John McNally that really was a top, top rugby story!

Head Coach Matt Cairns has selected the following squad for the away match against Taunton Titans at Veritas Park in Taunton, Somerset:

Caldy’s 2nd xv are also in action in a top of the table clash in an away fixture in the Cotton Traders Premier league against Fylde Hawks at the Woodlands in Lytham St Annes.