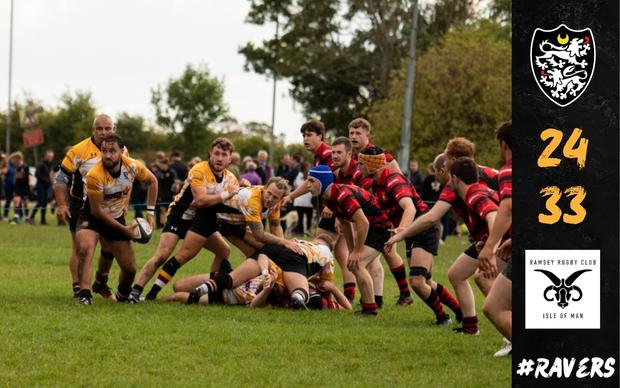 Saturday saw Caldy RFC field a 3xv for the first time in 4 seasons, taking on Ramsey 1xv in a warmup for their Cheshire Vase cup match against Hoylake RFC.

An eclectic mix of players pulled on the Caldy shirt to represent the scratch 3xv, from senior colts to OAP’s and everything in between.

We knew it would be tough going against a settled and well drilled 1xv, who train and play together on a weekly basis, but our squad of 29 players acquitted themselves brilliantly.

Caldy enjoyed the upper hand in the 1st half, playing some brilliant rugby, with big ball carriers in the pack and scorching pace out wide. This fine balance of power and pace saw Caldy take a 19-5 lead at the half time whistle.

With a win on the cards, the management team of Richard Bradshaw and Liam Devaney believed it was far more important to give each of the 29 players at least a half of rugby, as they had made a commitment to break tradition of their Saturday afternoon of “no rugby playing responsibilities”, to represent our club.

With so many changes made at halftime and players who had only met each other that afternoon, it was understandable that the structure and flow of the game would change. Ramsey, who travelled with a handful of substitutes, began to take the ascendancy. Ramsey rallied well in the second half, with some big ball carrying back rowers and sharp backs, to take the win 33-24 at the final whistle.

Thank you to all of our players who gave a Saturday afternoon (and for some, Saturday night) up, to represent our amazing club, to Gareth Davies and Andrew Soutar for helping to arrange the finer details and operations, to Gary Sanders for making sure we had playing kit, balls and water bottles, Tim Kilpatrick for managing player / bus parking and finally to Barry Macdonald for supporting us and taking some brilliant photos of the action.

Man of the Match was a close call between Stu Cross, with his attritional and physical style of play (returning from a knee injury after 2 years out) and Connor Windall, our pacey and elusive winger. 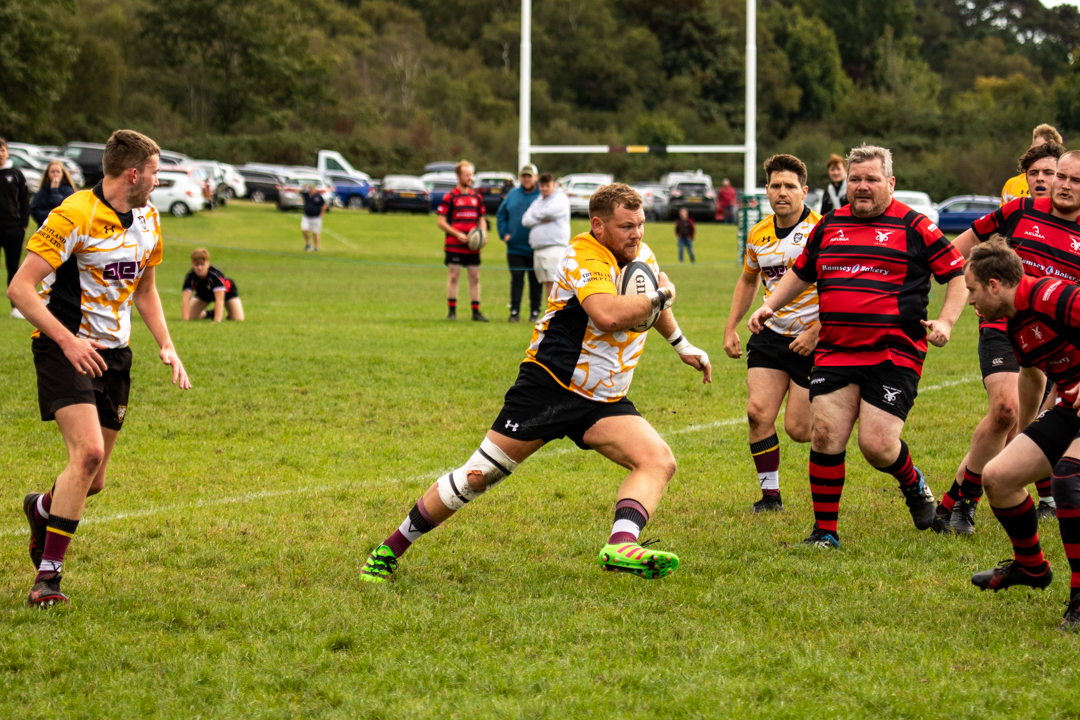 Special mentions go to Jon Bagley, Mark Dean, Dave Ingleson, Carys Wellington, and Robbie Harman who traded in their free over 65’s bus passes at the gate for entry and to our young lads, Harry White, Tomas Williams, Matt Mountney, Dan Leonard, and Barney Matthews, who helped bring the average age of our squad down considerably.

Biggest hit of the day went to Liam Devaney, who gave a penalty away for a perceived no arms tackle on his opposing 12 and suffered a homemade, rugby related vasectomy in the process.