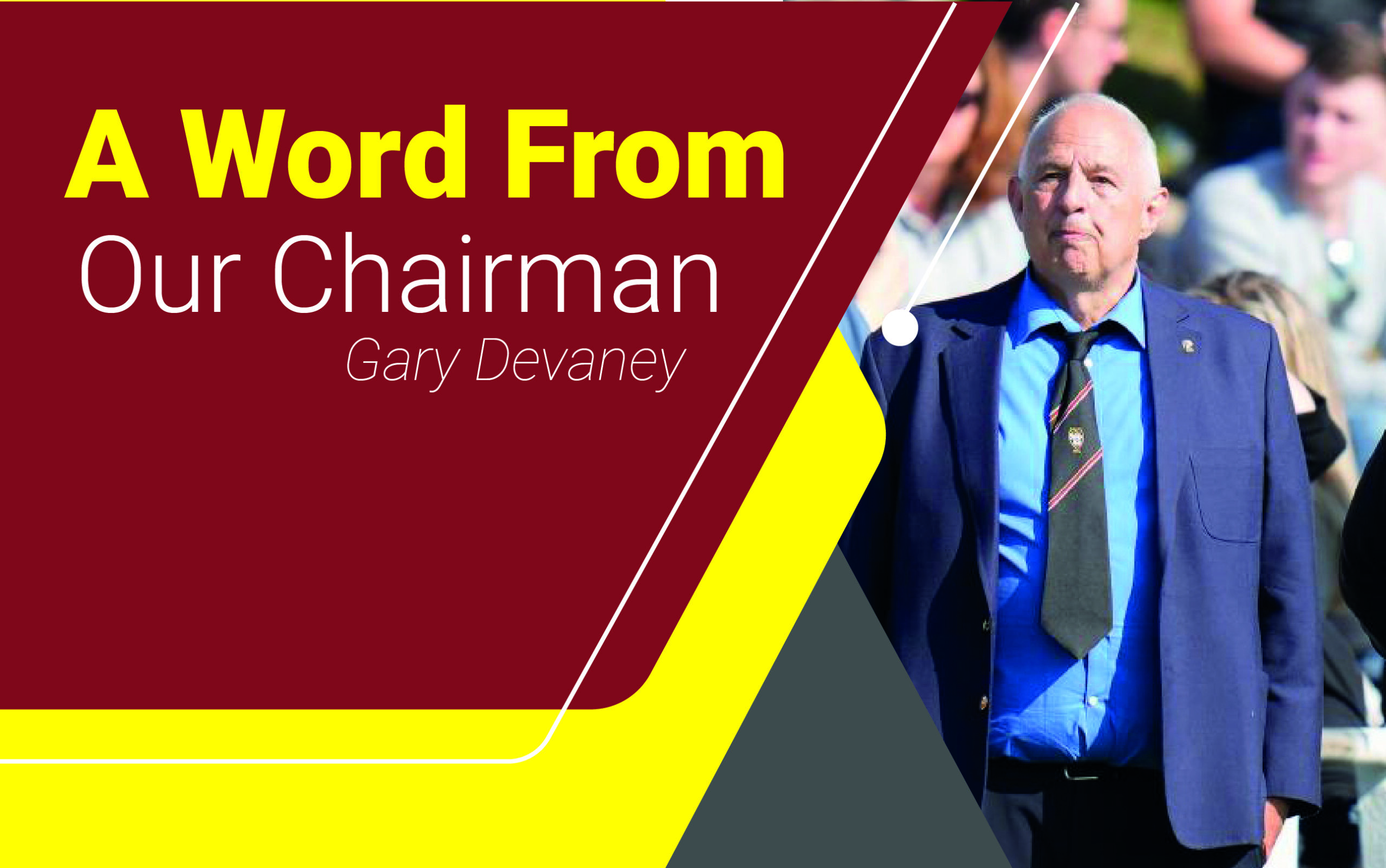 Since that momentous win against Sale FC a lot of hard work has gone into preparing for the Championship. It still seems a bit surreal to be saying Caldy are in the English Rugby Championship. I don’t know about anyone else, but I am very excited at the prospect. The fact that the Rugby Paper has predicted that we will be bottom of the Championship will only give a greater incentive to Matt and the management and playing team to prove them wrong!

What a pre – season! To have Sale Sharks playing at Caldy in front of a crowd of around 3,500 with their superstars wandering around as well. And I felt the game against Sale FC showed how much we have improved on last season with us winning by 47 – 12 – although we all know pre – season games mean very little once the season starts . The players started fitness programmes not long after last season finished to allow them to compete with the full – time professional players, they will be playing against this season and I thought the benefits showed.

I asked our very own in – house statistician, Roger, who we played 10 years ago on the first day of the season. We played Huddersfield away in North One followed by a home match against Stockport – now it Hartpury followed by Richmond. Thanks to everyone who has played and been involved in any capacity over the last 10 years for all your hard work. What our current team, including management and coaches, have achieved has been exemplary and the foundations were laid by the hard work of all those who have gone before.

After the Sale FC game we had a meeting with Gareth, Matt and Rich over dinner at Hillbark. We were not asked for more money but were asked to support them by making sure everything we do is of a professional standard. Standards have been improved across the board and we have tried to give all possible support to our coaches and players, so they are as well prepared and presented as possible

Will Sanderson – a prop from RGC

Tom Parry – a back row who has joined us from Wirral

Rob Cooke – a utility back who has joined us from Collegiate

Rhys Hayes – returned after a season out injured

Tom Fletcher – a centre who has returned to Caldy from University

Otherwise, we go into the season with the same players who worked so hard to get us into the Championship. We are fortunate as a club that with such a successful community section that each year we have new young players challenging for first team places and I am sure this season will be no different.  As a precaution though we have an arrangement with Sale Sharks, and many thanks to them for being so accommodating, whereby we can call on some of their academy players if we need to – who knows how injuries will go in a new division up against professional players.

Our coaches have remained the same, but we have recruited:

A lead doctor – Jim Kerss supported by a panel of doctors

There are a lot of criteria that must be met to be in the Championship. We have swapped the referees room and the physio room – so the new physio room is more accessible for stretchers. A new ramp has been put in for trolleys. We will have 2 doctors and an ambulance at every match as well as our physios. The lower terrace has been extended and new steps put in and a fence has been put in on the far side of the pitch.

We are replacing the floodlights with LED lights – which will give us lights that meet RFU playing standards and will also have temporary lighting on the 3rd team pitch for the community section players. A new electronic scoreboard is being fitted.

A tremendous amount of work has been put in a special thank you to the person who heads up all the Operations at Caldy, Bob Cooke, who has voluntarily put in a staggering number of hours this summer to make sure things have happened. Also, a special mention to Mark Loughran who has been up at the club nearly every day since he retired, including weekends, labouring as a volunteer and has certainly been left staggering on occasions after all the hard work. Thanks to everyone who has helped move us forward as a club!

Being in the Championship is a lot more expensive than playing in the National Leagues. We receive £143k but must spend over £100k on medical costs and insurance plus much increased travel costs to the likes of Jersey and Cornish Pirates etc. So, we have made a very real effort to raise more sponsorship for Caldy and have been successful so far – although we always welcome new support. I would especially like to thank:

It is great that we have now have sponsors based in Australia and Florida – so don’t let distance put you off.

We have also started a Business Club, and at the time of writing have 56 members. We are still looking to grow the Club so if you would like to join or know anyone else who might please let us know. We have also had a lot of support with player sponsorship and match sponsorship. We do have games available for sponsorship and as we will be able to seat 120 in the small marquee, we will have up for the season, please do sponsor a game and bring guests along.

This season if you are a member when you show your membership card you will get a discount at the bar. Season tickets are currently being issued and this season we will have stewards on the gate supporting Tim and his team. It is essential that everyone shows their season tickets and that they are scanned, so we have accurate numbers for people attending. If you forget your season ticket, you will be asked to pay.

The Championship is the highest level of the game in England to which an ambitious rugby club can realistically aspire. Our coaches and players have achieved something truly remarkable by getting us there, but it couldn’t have been achieved without the tremendous support of the rest of the Caldy rugby community.

Our team will face their sternest ever test in this coming season and they will need your vociferous match day support like never before, so please support our boys! If you know someone who is interested in rugby bring them along to Paton Field or even better tell them to get a season ticket. Tickets for our first home match in round one of the Championship against Hartpury this Saturday 1oth September can be purchased at https://caldyrugbyclub.com/buy-tickets/

Here is hoping we have a great season in the Championship