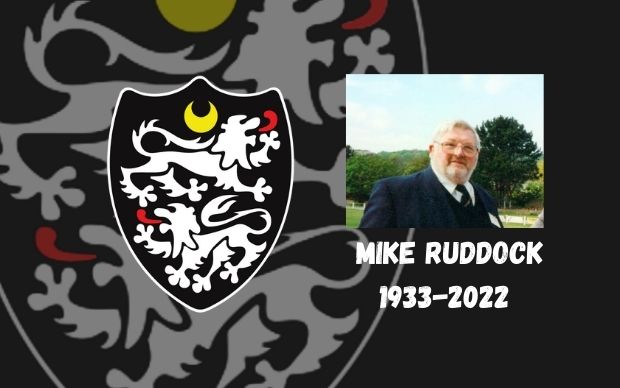 It is with deep regret that we must inform you of the passing of Mike Ruddock. Mike has been unwell for some time, but he managed to get to the match on Saturday.

Mike has been a long serving member of both the Rugby and cricket section, He was an opening batsman for their 1st XI and held a number of positions within the cricket section.

Mike Joined the Old Caldeians after school and made his debut for the 1st XV in 1955, he was Captain for two years from 1959-61, and was very involved with the organising the Sevens dances in the early 60’s to raise funds for the levelling of the 1st XV pitch which is such an asset to both the cricket and rugby Section.

Mike was Chairman from 1967-69 when a decision was taken to become an open club and changed its name to Caldy RFC. As Chairman of Caldy Sports Club, he was instrumental in the amalgamation of the sections. He was also involved with Calday School and was involved with the purchase of the additional land across the road for the school to provide an all-weather hockey Pitch and Cricket Square together with the changing rooms.

When Caldy decided to recruit coaches and players to improve their record, Mike was instrumental in providing support and funding for an Academy.

Unfortunately, his health deteriorated of late and has not been able to attend the games recently. However, he did make it up to the game on Saturday, perhaps a fitting tribute to a man who has left a lasting legacy to both the Club and School.

We send our sympathy to his sons and grandchildren… RIP Mike.