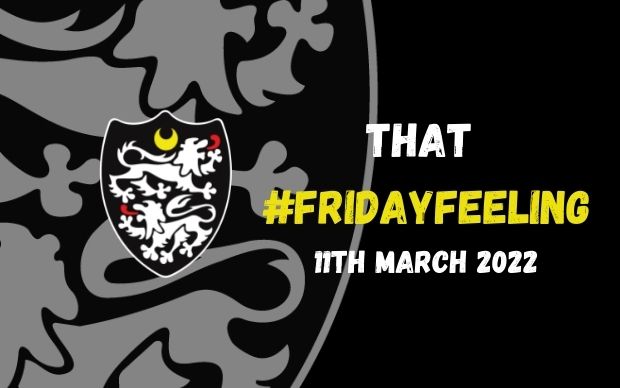 Most Caldy supporters have probably never heard of an online Rugby Forum called ‘Rolling Maul’. It is a very well moderated rugby forum that discusses important rugby issues affecting National League rugby. It also has a weekly prediction league in which participants set out their views of forthcoming matches. At the start of this National 1 season most weekly predictions didn’t favour Caldy, reassuringly positioning Caldy as the underdog.

Times have changed. This week all except one participant in the National 1 Prediction League expects a Caldy win at the Sycamores against Leeds Tykes. Clearly Leeds Tykes’ current position just above the foot of the National One league table has deceived almost all the Rolling Maul predictors into lazily plumping for a Caldy win. The one dissenting view has described tomorrow’s match as a ‘banana skin for Caldy’ and he could well be right.

The first encounter between the sides at Paton Field earlier in the season was a thrilling but extremely close game which Caldy just edged 31-28. Tyke’s full back Andrew Lawson bagged a hat trick of tries with some of the most wonderfully elusive and electric running ever seen at Paton Field. The result was only secured for Caldy by a brace of tries from ‘substitute’ Nick Royle.

This Leeds Tykes side are now showing some real form. 8 of the 10 matches Leeds have played since the thriller at Paton Field have ended with less than 7 points of a difference between the opposing teams, with Leeds coming out on top in half of those contests. They have picked up notable wins against Rams and Cambridge and have just been very narrowly shaded by Rosslyn Park and Sale. This is not the form of a side in 14th position

Leeds away win at Blackheath last week taken together with a number of games in hand over other sides has given the Yorkshire side the very real prospect of being able to climb out of the relegation spots. Accordingly the Tyke’s ,coach ex England International Jon Callard, is sure to have targeted this home game against Caldy as a potential five pointer which can lift the Yorkshire side out of the relegation positions.

Leeds are formidable opponents and Caldy will have to be absolutely at their best if they are to keep their winning run going.

Head Coach Matt Cairns has selected the following side for the match at the Sycamores in Bramhope, Leeds which kicks off at 3 p.m.

Caldy’s record breaking 2nd xv have a home league match at Paton Field against Fylde which kicks off at 1.30 pm. Games between Caldy and Fylde are always exciting full bloodied affairs and tomorrow’s fixture will be no exception. It is 1st v 3rd in the Cotton Traders Premier League and a game which Caldy need to win to stay ahead of 2nd placed Chester,