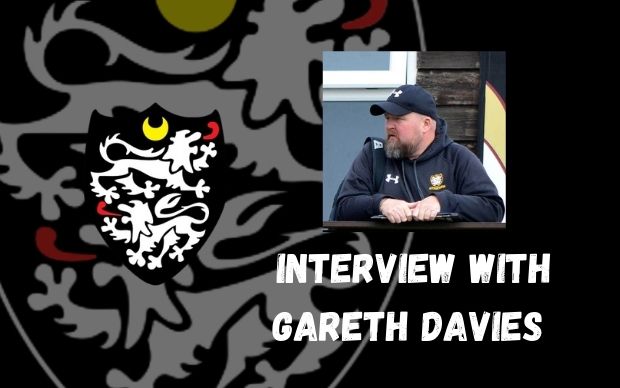 An Interview with Caldy’s Director of Rugby Gareth Davies

With senior rugby having a weekend off it was a good time to draw breath and catch up with Gareth Davies. The self-effacing, taciturn Caldy DOR flies silently under the radar most of the time and that is the way he likes it, but he was happy to talk about this season’s performances to date and what lies in store for the rest of the season.

What were your objectives for the senior sides at the start of the season?

To be honest our ambition was for the 1st xv to get to 65 league points which for the last 10 years or so has been just above the relegation cut off point, and for the 2nd xv to continue to build our strength in depth. I am pleased that we have achieved both objectives.

At the start of the season how confident were you and the coaching group that Caldy could compete effectively in National 1?

I will admit there was some trepidation. Although we enjoyed a spectacularly good 2019/20 season with both the 1stand 2ndxv’s going unbeaten in their leagues, the season long break for Covid meant we really didn’t know what to expect. There is a significant difference between the level of weekly intensity at National 1 compared with National 2. We hoped we could cope with the step up, but it didn’t look too promising after the first couple of games.

Not only were we hammered at home by Moseley we also picked up a few injuries to key players at the same time. Unlike a lot of clubs at this level we have to rely heavily on home grown and local players making the step up. Andrew Soutar and Christian Jones have done a fantastic job with the 2nd xv and because of the talent coming through we had enough depth to weather these early difficulties.

Caldy has been on a great run since those early reverses, what has been the secret behind this season’s performances?

It is all about the Cs. Culture and Community, Cohesion and Commitment and very importantly the Coaching

Caldy’s culture and rugby community has been established and perpetuated over decades. Once you have enjoyed the Caldy experience it envelopes you and keeps you close or draws you back if have been away.

On any given Saturday about half the 1st xv match day squad will comprise players who have come through Caldy’s mini and junior sides and the rest of the 1st xv match day squad have either stepped up from other Wirral clubs or have moved into the area with work or study. For the 2nd xv the percentages are even higher. This binds Caldy’s senior squad together in a very proper way.

Of course, we wouldn’t be as successful if the players weren’t all together and committed to trying to become the best they can be. This is how it is across the whole of the senior squad.

Towards the end of my own playing career I was involved in managing the 2nd xv. At that time the 2nd xv was playing at what was a relatively higher level than the 1st xv with league fixtures against the likes of Fylde, Preston Grasshoppers and Waterloo. Week in week out we were hammered by these much higher ranking clubs and there were calls from some that perhaps we should pull out of this exalted 2nd xv league. However, the 2nd xv players like Deano, Maffa and Macca wouldn’t hear of that, they wanted to be as good as they could be and play against the best.

It took a couple of years or so but eventually we started to beat these sides, although to be fair it did take a bit of time before we beat Waterloo. Back then Waterloo were in what is now the Championship and each time we thought we had a chance to turn them over CJ would be playing for them!

Some of Caldy’s younger players who had no idea who CJ was were initially sceptical that a player who was no more than 5ft 8in and 14st could make much of a difference. By the end of the game they knew exactly why I was so concerned about the CJ effect. The man was a smiling Shaun Edwards …….but perhaps a little harder.

Caldy’s 2nd xv has come a very long way since then. Sooty and CJ have taken them to an entirely different level. They sit it at the top of the Cotton Traders Premier League with a record of played 14 won 14 and will be playing Macclesfield in the final of the North West League Cup.

Tell us more about the coaching

We have a brilliant coaching team. Matt Cairns, Richard Vasey, Andy Soutar, and Christian Jones are exceptional people. Their different attributes bring out the very best in the senior squad. They are the principal reason behind Caldy’s performances this season. Their tactical analysis and leadership of the senior squad is hugely professional and provides the platform for the players to give of their best. I cannot praise all of them enough. Any rugby player who wants to challenge himself and be the best he can be, would want to be coached by these guys.

What are the Senior Squads objectives for the rest of the season?

Both the 1st xv and the 2nd xv have 5 league games left and the 2nd xv also have a cup final to play. As a senior squad we want to finish as high as we can in both leagues and win some silverware.

How do you see the remaining National 1 fixtures for the 1st xv?

We only ever really look ahead to the next game, and we aren’t thinking further than next Saturday’s (26 March) match against Taunton Titans. They were promoted into National 1 this season as Champions of National 2 South. They are an ambitious club with a very impressive playing and physical infrastructure. Back in November we just sneaked the win 36-31 at Taunton and they will have felt that it was one that got away from them. Taunton are a very good side and although they are comfortably placed in mid table, they will be coming to Caldy for the win, and we will need to be at our best to keep our own run going.

If you could improve one thing at Caldy what would it be?

Everyone at Caldy knows that in reality we are punching way above our weight, and we all work very hard to do so. There is still plenty we can improve on but the one thing I would like to see happen for the remaining home games is to have a bigger more vociferous crowd to support the team. Attendances have been improving with some decent crowds against Cambridge and Plymouth but with the exception of Paul Harrison it is all just too quiet!

With the weather improving I would love to see a big, boisterous supportive crowd for all the remaining home games, beginning next Saturday for the visit of the Taunton Titans. I would be made up if our home crowd made enough noise to drown out Paul Harrison…….but of course that may not be physically possible!