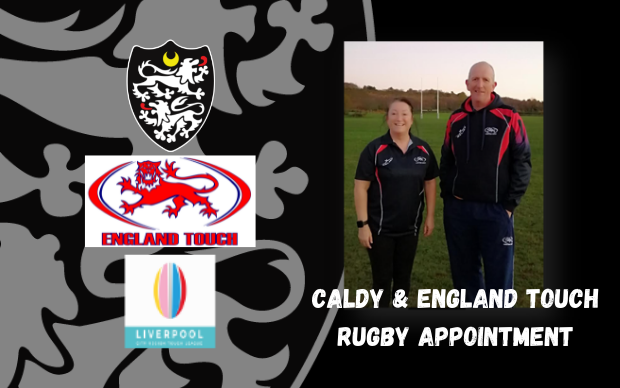 Caldy Touch has seen some great steps forward towards playing competitive Touch in 2021.

Structured training has given us a competitive edge to play against local teams and enter into the Liverpool City Region Touch League (LCRTL).

Caldy players represented at the 2021 ETA National Touch Competition (Men’s 45s) and at the Northern Masters.

Caldy have become affiliated to England Touch Association (ETA) earlier in the year, allowing us to be able to put our name forward into the ETA Development National Touch Serries  (DNTS) in 2022 where we play against some strong Touch teams.

A new kit design, ordered especially for Touch competitions will be on show in the New Year.

Social Touch has also continued to see great attendance both in the ladies sessions and mixed sessions.

And social events like  Back to the Future and Touch & Tinsel always attract great participation.

International representation has continued as joining Caldy’s Andy Sharpes, England’s Men’s 50s Head Coach will be Caldy’s own Anji Griffiths as England’s Men’s 50s Team Manager reporting to the Head of ETA logistics, and to support Andy and his squad to success in two European Championships and the Touch World Cup in 2024. These appointments will bring back valuable Touch knowledge to help develop Caldy Touch.

For 2022 more LCRTL, DNTS, games against other local teams and growth of the Touch scene at Caldy.