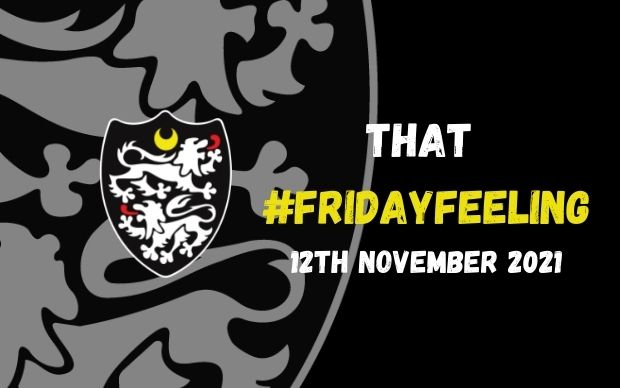 My authorship of the Friday Feeling has always been in the third person. I just feel more comfortable writing in that way. This week and for the first time I am going to make a change up because otherwise I would not be able to thank everybody at Caldy RFC who reached out to Jan and I during our recent brush with Covid. It meant a lot.

Whilst I was poorly the Friday Feeling was so expertly and amusingly written by Gary Devaney that I was sure that I was going to be benched for quite some time. However, I got the call earlier this week from Gareth Davies informing me that after a selection meeting I was off the bench and back in the fray.

Of course, I should have been grateful, but I am still not quite back to full match fitness. So please excuse me if I spray a few wayward passes or miss a few tackles……. I will blame Covid, as I have done so in respect of everything else that has not worked out for me during the last 18 months or so. In more normal times forgetting birthdays and wedding anniversaries was more difficult to explain.

There was no senior rugby for Caldy last week but this week the 1st xv takes on Leeds Tykes at Paton Field which will be the first ever 1st xv fixture between the sides. However, in 2003 the Leeds Tykes Academy coach Stuart Lancaster did bring his Under 19 Academy side to Paton Field to take on Caldy’s Senior colts side.

As the Leeds Tykes Academy players disembarked from their coach the size of the task facing Caldy’s youngsters was evident. The Academy side was bigger than the then current Caldy 1st xv and contained half a dozen England and Welsh Under 18 players. This was not going to be easy!

Caldy’s Senior Colts were a close-knit squad, expertly coached by the legendary Ken Smith and they had some half decent players as well. Under Smithy’s guidance, Caldy’s teamwork, togetherness and heart prevailed and Caldy ran out winners 27-15.

Unlike Stuart Lancaster, Smithy did not get called up for the England coaching job, but Sam Dickinson did play Premiership rugby and got the call to play for the England Saxons

Head Coach Matt Cairns has selected the following squad for the match which kicks off at Paton Field at 2 pm: