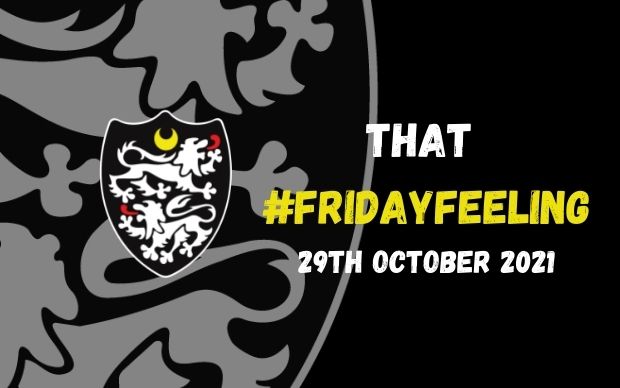 What a game of rugby neutrals were treated to last week against Tonbridge Juddians. A 47 – 40 score line with some sublime tries by the Caldy backs and a wonderful comeback by TJ’s that gave them a glimpse of the 5 points for the winner.

Not many supporters at Paton Fields were neutrals though! The Caldy supporters split into two factions: the glass half full and the glass half empty groups. And there was plenty for both of them. As a member of the half full club I saw Caldy backs playing their best rugby of the season with players being put into space and fine interlinking between backs and forwards. Great rugby and some wonderful tries. Our debutants, Ezra and Joe, were both excellent and Elliott at full back grabbed a brace. The forwards were strong and kept a big Juddians pack under control and got the right mix of carrying and releasing good quality ball for the backs.

The glass half full brigade saw a 47 – 5 lead reduced to 47 – 40 in a mad and chaotic 25 minute spell. At the end with TJ’s cleverly using the wind to pin us into our 22 metres it felt as if every time they got near our line they would score. There was a lot of relieved cheering when the whistle went with TJ’s within 1 score of an unbelievable comeback.

So, what do we take from the game? The memory of the sublime rugby we played or the massive swing in momentum that had us on the back foot and at the end hanging on. Momentum is so important in rugby and for me the lesson learned is we can play brilliant rugby but you cannot afford to take your foot off the pedal too early or in National One teams keep coming back to you and it is hard to recover momentum once lost. I prefer to remember the sublime rugby but understandably others dwell on the fact we conceded so many second half tries.

And a thought for the TJ supporters. A long journey to see their team be outplayed for 55 to 60 minutes and then a journey back with hope in their hearts for their next game. It was a pleasure meeting their supporters and all the best for the rest of the season.

This week brings our longest journey to an away game – away to Plymouth Albion. A 5.45 am start for those on the coach. When the players were asked when we were last in National One if they would rather travel down the night before the game or stay for the night after the game in true Raver style they opted for the latter. With Cheerleaders at half time and the Germany’s Got Talent winner performing in the marquee after the game our boys should enjoy themselves.

Plymouth Albion have a mighty history. Formed in 1876 by Dockyard Apprentices they were a leading team in England before the Great War and played the mighty All Blacks on the first tour to the UK in 1905. With many, many internationals over their history Plymouth Albion would be a great scalp for Caldy if we can manage a win. We play Plymouth with them coming off the back of two successive wins. A big set of forwards who you don’t want to let near to your try line – particularly for a 5 yard lineout.

We have our own links with Plymouth Albion. Chris Bentley, the Plymouth Albion Commercial Director, started playing rugby in our minis and youth sides. He went on to have a great rugby career and was part of the Exeter side that rose from National One to the Premiership, which was a tremendous achievement and nothing similar has been achieved since. No doubt for those of an older vintage acquaintances will be renewed with Chris’s father, Colin. A legendary figure whose after game repertoire of party tricks was something people of a sensitive disposition have only just recovered from. A rugby lover and great enthusiast and for those travelling I am sure there will be a hearty welcome.

Good luck to the team. With JJ celebrating his birthday tomorrow I am sure that the team will have a good night afterwards and a quiet drive back on Sunday morning.

Our 2nd team had another excellent win last week against Lymm winning by 43 – 10 at Paton Fields. Richard Bradshaw not only played for the 2nd team but I am told scored a try to boot – the first for a while I believe. No doubt a 20 metre dash. Well done Big Fella! And speaking of Big Fellas, Joe Greenway scored 2 tries – his first since he was at school. It was also good to see an ex Caldy player, Gavin Wood, at Caldy although he was representing Lymm, his local club. The 2nd team to play Kirby Lonsdale away is: Chandigere, Hardisty, White, Wellington, Southan, Ovien, Mountney, Olyott, Ainscough, Isaacs, Jones, Lewtas, Robinson, Cowan, Gonclaves, Reynolds.

The best of luck to our 2nd XV and keep that winning record going!