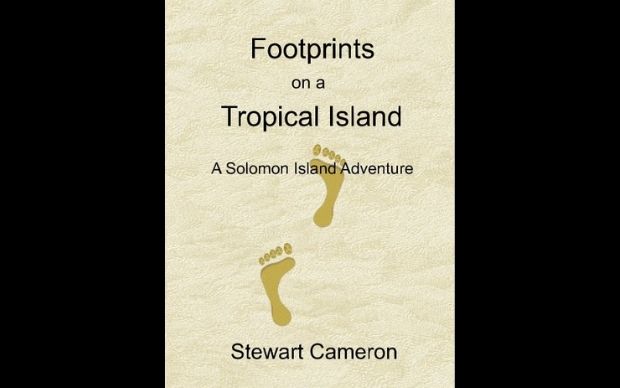 We received an interesting email recently from an Old Caldeian, who also played rugby at Caldy. It was from Stewart Cameron, who many members will remember, who has lived in Australia for the last 25 years.

He has written a book about his year doing Voluntary Service Overseas in the Solomon Islands immediately after he left school.

“Today I consider it inconceivable that any organisation would be able to pluck a 17 year old youth straight from school and plonk him on a remote tropical island to build a clinic with nothing more than the essential building materials, his own skills of survival, an ability to recruit and train villagers to be Bricklayers and Roofers and a resilience to fend off Malaria and tropical diseases. with the absolute minimum of equipment training and no induction process such was the guidance given to Volunteers Overseas in the 1960’s and surprisingly most returned home to the UK alive, if somewhat scarred. Above all this book covers the observations of what is perfectly normal and socially acceptable in a Melanesian culture but in comparison to a European way of life, totally abhorrent. this was life amongst Islanders who had just retreated from cannibalism some 20 years earlier.”

A great read and what an adventure he had – it was only 25 years since they had stopped being cannibals and head hunting – and he was in charge of building a medical clinic and bridge,  and the clinic was the first concrete structure ever built on the island.

I thoroughly recommend Footprints on a Tropical Island published by Blurb and it can be bought in paperback or in an ebook format.

Looking for something to do this afternoon? We will be showing the Gallagher Premiership Final…