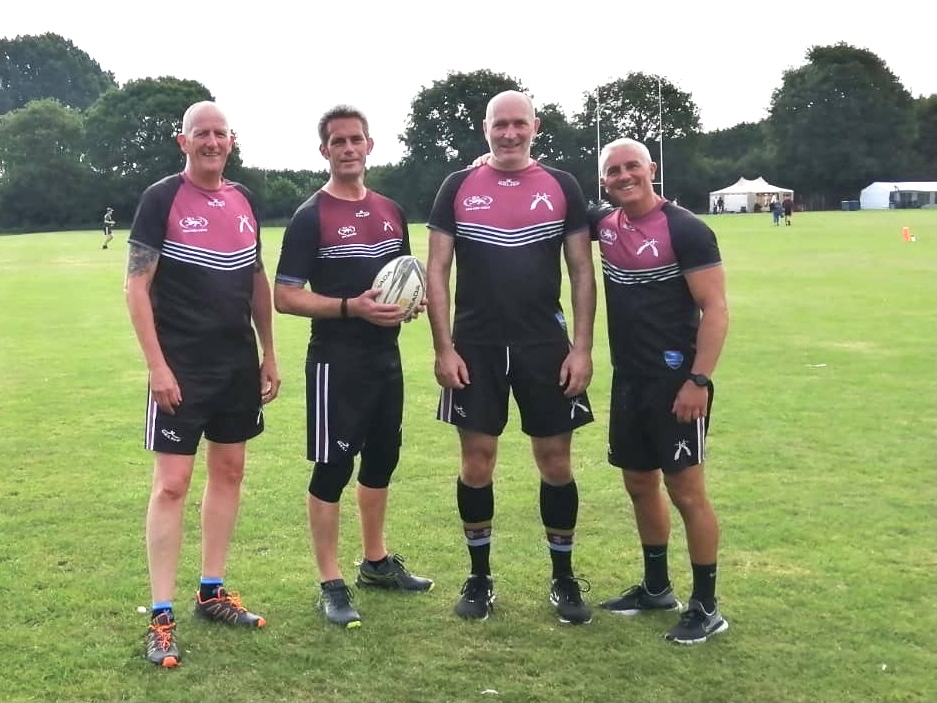 Three Caldy men were selected to play in the Men’s Over 45’s team for the Northwest Blades at the England Touch Nationals competition in Nottingham this weekend. Mark Dean, Craig Elkerton and Shaun Thomas had joined the Blades training sessions earlier in the year. They were invited to play at the Nationals in a team that is in transition. The Blades Men’s 45’s have been a strong team in recent years but a lot of them are into their 50’s and there were a lot of injuries. Our Caldy men joined the team as inexperienced players but they were given great responsibility, being half of one of the playing teams (or pods as referred to in Touch). The injuries continued to afflict the Blades as they suffered a couple more injuries in the games and so they asked our Coach, Andy Sharpes to bring his experience to the team. Andy was at the tournament spotting for England over 50’s but he was only too keen to play for the Blades with his Caldy clubmates. The men were welcomed by their Blades teammates and the wider Touch community at the well-organised event at Nottingham RUFC. They even featured in the cherished primetime 3 pm slot on the televised event. While the results may not have gone the way of the Blades M45’s, our men say they certainly enjoyed the weekend. The competition standards were excellent, the event organisation was extremely slick and the atmosphere was super friendly. Many of the teams stayed at the halls of residence in the University and mixed with each other through the weekend. Andy, Deano, Craig and Shaun enjoyed the bright lights of Nottingham with a meal and rehydration session with competitor’s from the other teams making them feel welcome at the Nationals.