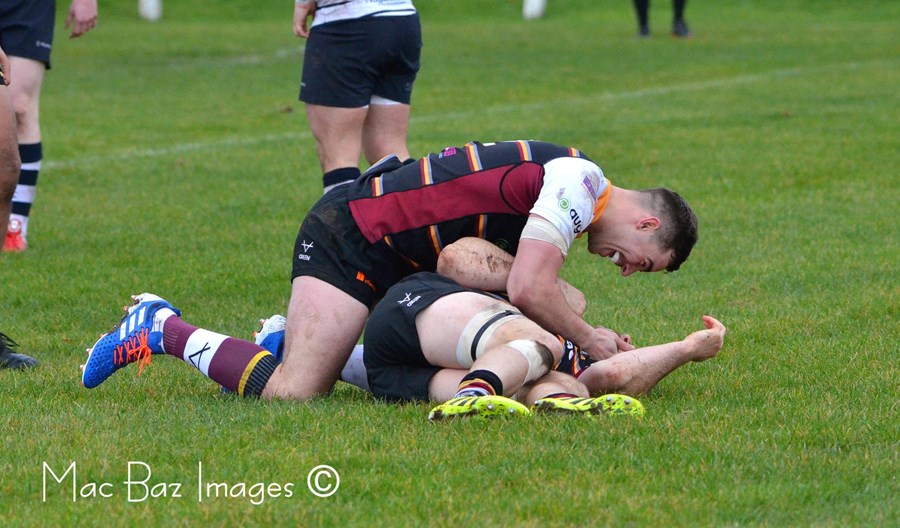 Last week’s 49- 21 victory over North West rivals Preston Grasshoppers gave Caldy 10 wins from 10 outings and should have kept a smile on the face of Director of Rugby Gareth Davies. However, although Caldy’s normally taciturn supremo was pleased with the win he was disappointed to leak a couple of late scores which dented the home side’s strong defensive record. “A win against Hoppers is always pleasing. We started well and within 15 minutes we were three tries ahead which builds confidence, but we probably took our foot of the gas a little and that can be dangerous. Rugby is all about momentum and when it is with the opposition we have to be meticulous in defence. We let them in for three scores which disappointed me. We mustn’t let this become a habit” Caldy will need every ounce of defensive effort for their trip to Wharfedale this week. Even though the ‘Green Machine’ has had a mixed start to the season and sits in 11th place in the league they are formidable opposition at their Threshfield ground. Wharfedale draws a large local and very vocal support for each and every home game at the ‘Avenue’. This passionate support turns one of the most picturesque grounds in England into an amphitheatre from which few opposition teams emerge unscathed. In their penultimate game in the 2017 season, which was their only previous visit to the Avenue, Caldy arrived as champions in waiting to take on 11th placed Wharfedale. A ferocious game of rugby left players from both sides battered and bruised with Caldy just squeaking the win by a single point as Davies recollects. “Our last visit to Wharfedale was probably one of the physically hardest games of rugby that Caldy has played at any level. The rest of the league expected us to win with something to spare but we knew we would be in for a battle. We just never expected it to be a war! The pitch was rock hard and Wharfedale crashed into us as if the lives of everyone in the ground depended on a home win. It was brutal and it took every bit of effort the lads could muster to hang on to the win. To be honest I don’t think it will be any different this weekend!” Davies and his Caldy team will take one favourable omen for this Saturday’s game. In 2017, 19-year-old Caldy debutant Jack Beevers scorched over for the opening score from fully 60 metres and late in the game saved a certain score with a huge tackle on his opposite number. After a torrid time with injuries Jack Beevers is back in Caldy’s match day squad. Caldy’s Head Coach Matt Cairns has selected the following squad for the match away at Wharfedale: 1.Jack Parker, 2. Ted Stagg, 3 Derek Salisbury, 4. Jack Collister, 5. Tom Sanders, 6. Harrison Crowe, 7. Adam Aigbokhae, 8. JJ Dickinson, 9. Cameron Davies, 10. Rhys Hayes, 11. Ben Jones, 12. Mike Barlow, 13. Gavin Roberts, 14. Nick Royle, 15. Cameron Owen. 16. Tom Clarke, 17. Jack Beevers ,18. Ryan Spencer-Wolfe, 19. John Whittaker, 20. Callum Ridgway The match kicks off at Thresfield at 2.00p.m.