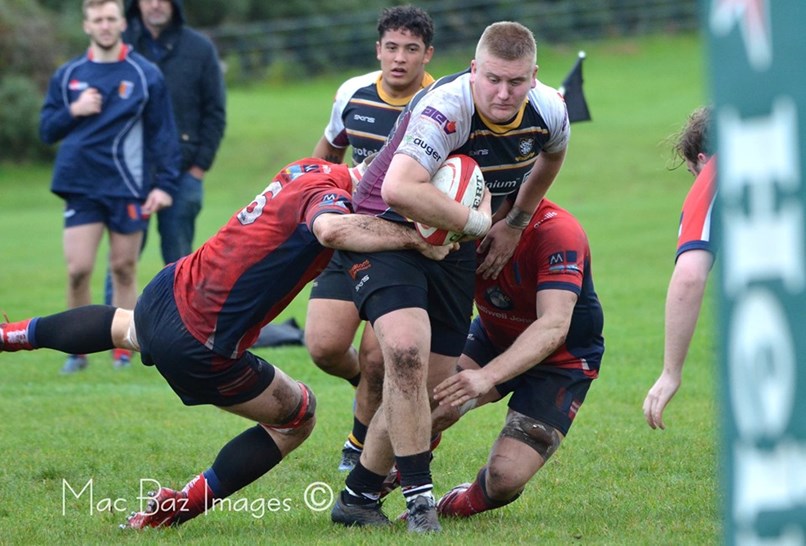 Last Saturday looked to be a most difficult day for Caldy and their opponents Scunthorpe RFC and as Caldy’s former President John Butler explained it was nothing to do with rugby. “After the previous week’s tragic news of the very untimely death of 23-year-old Scunthorpe player James Walker, we travelled to Scunthorpe with a very heavy heart. We felt we were somehow intruding on their grief. I couldn’t have been prouder of how the Caldy and Scunthorpe players responded to this difficult occasion” On the pitch Caldy gave of their best. They were ruthlessly clinical against opponents who were clearly emotionally and physically drained. The final score was 68-7 in Caldy’s favour with speedster Ben Jones racking up a Caldy club record of 38 points in a competitive fixture. Butler gave some context to how the match unfolded. “That Caldy recorded a big win was frankly unimportant. Both sides gave everything they could. It is the first time that I have ever heard a player encouraging the opposition to keep going and keep their heads up. At the final whistle the sides came together and shared a beer on the pitch. It was uplifting” This week Caldy face Preston Grasshoppers at both 1st xv and 2nd xv level at Paton Field. With both Caldy sides having a perfect win record and their opponents having a more difficult start to the season Caldy Head coach Matt Cairns could be forgiven for perhaps being relaxed about the fixtures but he doesn’t see it that way. “Preston Grasshoppers are one of the North’s really big clubs. They have lost a few games by a single point and at the start of the season they travelled to Fylde and held them to a draw. They are a strong side with a very powerful pack of forwards and they have got some important players back from injury. We cannot be other than at our very best or they will turn us over.” The following squad has been selected for the match against Preston Grasshoppers which kicks off at 2.15 p.m. at Paton Field.

‘A Walk for Justin’ for the MND Association