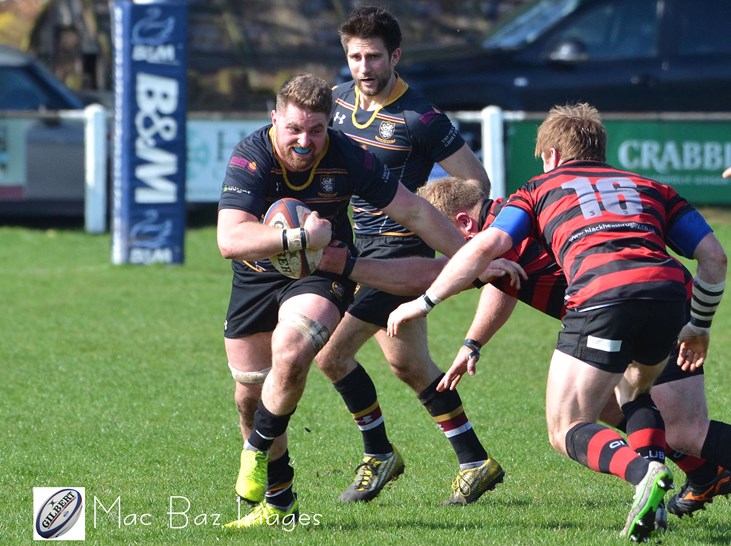 Caldy return to Paton Field for match number 5 in this season’s National 2 North League campaign to face old foes Luctonians. The Hereford club bounced back into the league after relegation the previous season and although they have only scored one win from four outings Caldy’s Head Coach Matt Cairns is under no illusions about the threat they face to Caldy’s winning start.

“We have watched Luctonians and they are a strong well – rounded side who are now finding their feet in the division. They have had a very tough run of fixtures to start the season and with a very dominant scrum they were unlucky to lose last week against Chester. We are going to have a real battle on Saturday.”

In their first game of the season newly promoted Luctonians picked up an away bonus point win at Tynedale which provided the rest of the league with a real demonstration of their strength.

“Tynedale is one of the toughest places to go” said Cairns “and everyone took notice of that result. For Luctonians to then have matches against Stourbridge, Hinckley and Chester was a very tough opening run of fixtures and they had chances to win all of them. They are going to be very motivated and a very tough proposition. We will have to be at our best”

Caldy’s winning start to the season came under threat last week against Loughborough Students in a see saw match where the lead changed on a number of occasions. In the end it was Caldy’s forward power that was the point of difference with tries from hooker Ted Stagg, and props Jack Parker and Derek Salisbury pummelling the Students at crucial times in the game.

Caldy supporter Barry Pilgrim who knows the set up at Loughborough well was impressed with both the performance and the result “Luff are very difficult to play on their 4 G surface which is ideally suited to their athletes. Caldy got the tactics spot on which is a credit to the coaches and the leaders on the pitch. Jack Parker’s 50 metre try was a piece of stunning individual play and he really shocked the Students with such raw pace. It was extraordinary. For Degsy to come off the bench and grab one as well made my day. The Big man is a star”

To ensure the squad retains its sharpness Caldy are expected to make a few changes to the starting line up for this week’s match but Head Coach Cairns confirmed that scrum half Liam Issacs will retain his starting place after a good performance against the Students.

“We are going with Liam again this week. Cam Davies failed a late fitness test last week and Liam took the starting slot and put in a good performance. Everyone in the squad is performing well but it is important to keep everyone fresh and focused so with that in mind we have made a couple of other change ups”

The match kicks off at Paton Field at 3 p.m.