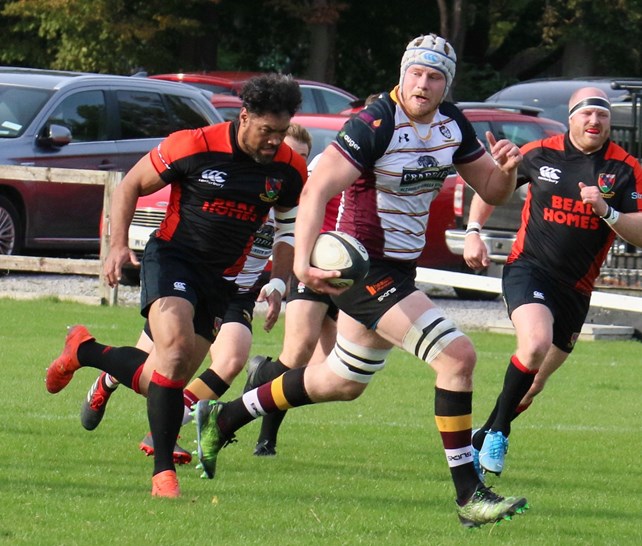 Sitting at the top of National 2 North with a 6 from 6 record may be a pleasing position for Caldy but the Wirral side know that in this very competitive league any team has the capability of beating any other as Caldy’s Director of Rugby Gareth Davies explains. “The league table shows just how closely matched the sides are in this division. Otley who we play tomorrow are in 9th position but they are only two points behind 4th placed Loughborough Students and Hull who we had a real battle against last week are in the bottom three but are only 6 points off a top 4 slot.” Davies confirms that Caldy have to guard against taking anything for granted in this league. “We scored two tries in the first two minutes last week against Hull and we subconsciously thought the job was done. Hull came back at us very strongly and got themselves right back into it before Callum Ridgway and Gav Roberts scored to make the game safe. Rugby is all about momentum, both in matches and in the league. Once lost it can be very difficult to regain as we found out last week.” Otley who are Caldy’s opponents at Paton Field on Saturday have just started to build some momentum of their own in recent weeks. After a spluttering start to the season with a couple of losses and two draws they have picked up two good wins away against Hinckley and last week at home against Chester. The Yorkshire side’s pedigree is such that they can be relied upon to be a stiff test for the league leaders. “We have a tough run of matches coming up” said Davies “beginning with Otley this week. Otley are always tough; they play for 80 minutes and they are always dangerous. We cannot afford to start slowly and we have to match them for intensity and desire until the final whistle. I have too many uncomfortable memories of being turned over by them in the last ten minutes of games” The league leader’s match day squad for the home fixture against Otley is expected to feature a return from injury for powerful scrum half Cameron Davies and a debut appearance for elusive back three player Cameron Owen. The match against Otley kicks off at Paton Field at 3 p.m.

Please enter your page detail here. This can be HTML or text. To edit click the first menu icon on the small HTML menu that appears when you click on this text. Please use the elements on the right if you wish to construct a richer page content with headers, images and layout grids.