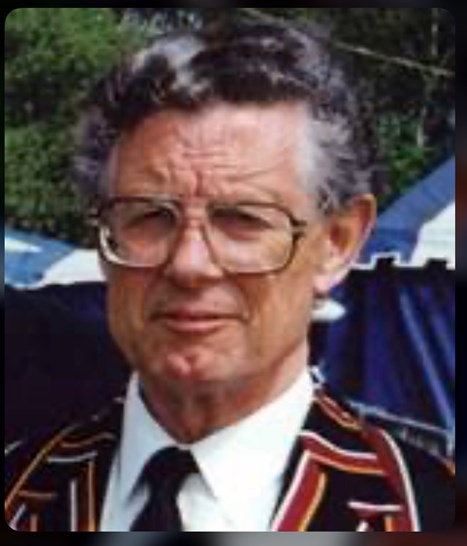 It is with deep regret we have to inform the club of the passing of Rod Johnstone. Rod was an old boy of Calday Grammar School where he excelled at swimming winning the Junior Diving Cup in 1946-47 then The Junior, Intermediate and Senior Victor Ludorum in 1949-50, he also held many records at the school and Hoylake swimming Club. As a rugby player he represented the school and played for the club from an early age. He first played for the club in 1950 and he became 1st XV captain in 1955-56 but had to move to London with his work. Whilst in London he played for Rosslyn Park.

On returning to the Wirral he became 2nd XV Captain in 1969-70 and 5th XV Captain in 1971-72. After retiring Rod continued to support the club, he became Chairman 1973-77 and President from 1979-83. After stepping down from these roles he continued to work with the Volunteers looking after the grounds and became one of the first “Last of the Summer Wine Gang” and was responsible for moving and raking the pitches on the tractor. He could be seen in the middle of winter in freezing conditions driving up and down the pitch when others had given up!! He continued to drive even after breaking his hip, which made it difficult for him to walk, until ill health forced him to give up. He continued to attend matches, with Margaret, up to our last home game against Luctonians.

He was a leader, volunteer and supporter of the club for more than 69 years and he will be sadly missed by many in the Club and greater rugby community.

Rod passed away peacefully in hospital on the 15th October. Our sincere condolences go to Margaret and her large family.

HE WAS A TRUE CLUBMAN