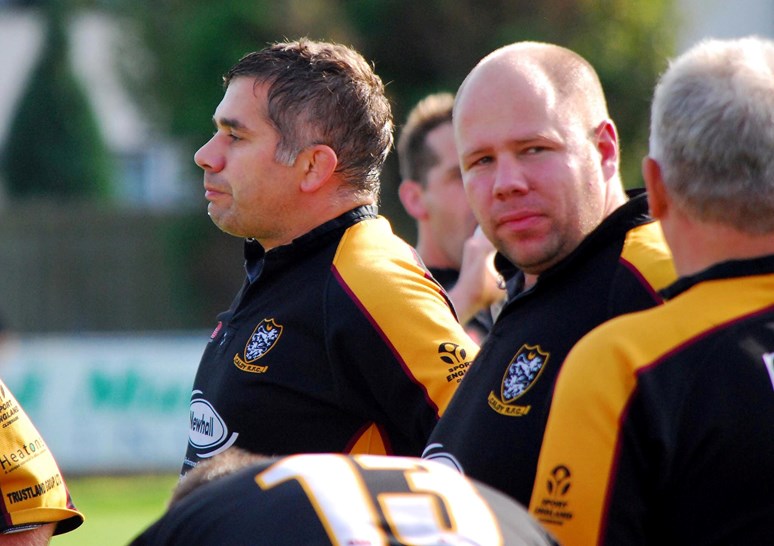 Larger than life character on and off the pitch a player who had the privilege to play in the Era of club Stalwarts like Kevin Brandeth, Charlie Barwood but also dipped his toe in to the new era of a more professional game playing in the national league with a fresh faced 18 year old Salisbury and a more lightweight and youthful looking Bradshaw.

A player who started at Under 8s with club and played senior grade rugby drifting between 1st and 2nd Xv Teams for over a decade before returning to the pitch as Under 6/7s coach.

“It’s been a pleasure to be asked to reflect and pick this team, I have loyalties and friendships spanning many decades with the club – this team May not have been selected based purely on on field ability” #workhardplayhard

1. Maffa Green – it’s my team I want to hear Penno Singing the Gambler one more time.

2 Paul Feely- Regularly found chunks of Paul’s nose throughout pitches all over the Country.

3 Charlie Barwood – “don’t right my name in the match report as I’m off on the sick” Came out of retirement to help win the league.

4 Kevin Brandeth – my protector ! aged 17 playing my first senior game at old Parkonians – Brando’s hand accidentally collided with a one of the opposition as they dished me out a large portion of shoe pie! – First on my team sheet!! **

5 Pete Wallace – For both his on field commitment and his plumbing skills that could build the best drinking vessels!

6 Duncan Hendry – The Peter Pan of Rugby as fit as they come, never cross him as he would hunt you down!

7 John Bailey – flare and champagne all the way – never got dirty!

8 Sam Dickinson – Did anyone hit a tackle shield harder?

9 John Close – Gypsy’s Dog – as fast as lightning and great on the Smash.

10 Brendan Mcgaffney – probably the player i played the most with over the years- he will get the hump if he doesn’t make the team!

12 Matt Pennington – Pure Class, hard as nails, but could bore the life out of you with tails of his Rugby League day’s

13 Ben “superhead” Mclaughlin no one more confident under a high ball.

14 Liam Devaney – once he was quick and not as uncooth!

15 Ben Wylie- brought the best picnic on coach trips and had a super boot on him.

**John Bagley could have easily been selected but my life debt is to Brando!

The White Brothers – Andy and Paul

Player Support – Kenny Roberts – always made the Tea exactly the way the lads liked it. – Also the only player I know to get arrested at half time!